We're gonna party like it's the Fourth of July

We still aren’t sure how “4th of July” is even in our vocabulary right now, considering it was just March a few weeks ago (or at least that’s how it feels). But here we are. Summer has officially begun, and it's time to celebrate. That means a couple of days off of work, a sunny day, and all of the tips you need to host the ultimate 4th of July party.

Let’s really get back to the basics of summer. Namely, those weirdly delicious red, white, and blue Bomb Pops that made us a sticky mess in summers past. That’s right, we’re stocking our freezers with the old favorite, but we’re upping the ante this time around with champagne. This is the easiest of the cocktails we’re whipping up for our patriotic party, but that doesn’t mean it won’t be the most Insta-worthy.

1. Put the popsicles in a glass with the stick facing out.

2. Fill the glasses with bubbly. Voilà! 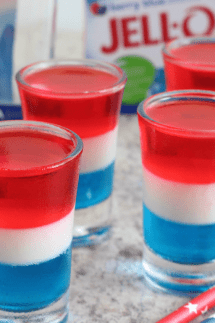 No good party is complete without some good old-fashioned Jell-O shots. Or at least, that’s what we thought in college, but the second we saw these cuties we knew we couldn't pass them up. They’re a bit more involved since you have to make them layer by layer, but the effort will be worth it since they double as a sweet treat after dinner. Plus, you can also make a booze-free batch for the littles.

When all of the Jell-O shots have set, add a cherry on top for decoration and get to celebrating! 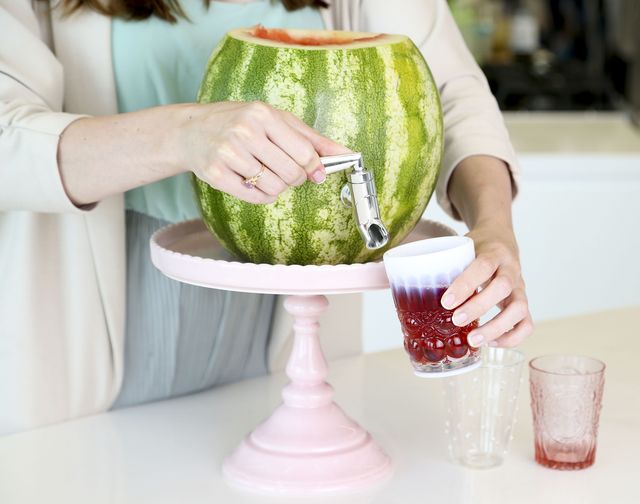 We’ve all seen this modern marvel on Pinterest, but if you’re anything like us, you took one look, thought “I don't have 10 hours to dedicate to carving watermelons,” and moved on. Lucky for you, we’ve done the research and we can tell you that it’s super easy and you can be sure it'll be the star of the event. The only real prep work you’ll have to do is ordering a spigot so you can easily dispense the drinks, but of course, Amazon has your back.

We all know that the entire purpose of the 4th of July is to enjoy as many hot dogs and handfuls of potato chips as you possibly can, so we aren’t here to tell you otherwise. All we’re saying is that you can also include some America-themed appetizers and desserts to the lineup. 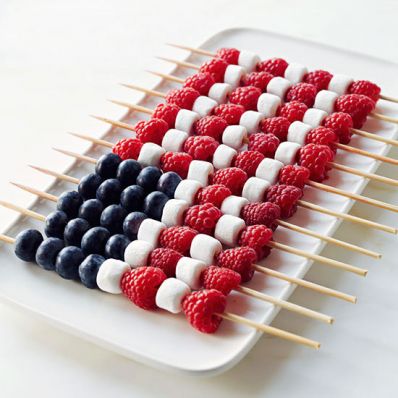 This is another fun Pinterest-style treat, but considering how simple and quick it is to make, we couldn’t leave it out. They’re bursting with summer flavor and will be perfect to pass around before the rest of the snacks are ready to be served. The kiddos will love that they get some marshmallows out of the deal, and who doesn't love eating off of a skewer? We love serving them up with the American flag design, but you can also alternate berries and marshmallows for a simpler red, white, and blue design.

We are all about a good watermelon salad, especially since we usually only get them when we are spending way too much money at a nice restaurant. But that's not the case any longer! This refreshing summer salad is as easy as it is delicious, and allows for customization so all of your guests are happy.

Surprise, surprise — in case you didn't yet realize it, we love bringing in that red, white, and blue scheme wherever we possibly can. And we also love including cheese in every meal we eat. And when we bring those two passions together, we get ourselves a fun little wheel of baked brie and fruit.

I acknowledge and agree that my credit card will be charged the item purchase price at checkout, but the item(s) will ship at the later date as noted in the brand’s estimated ship window in the product description.